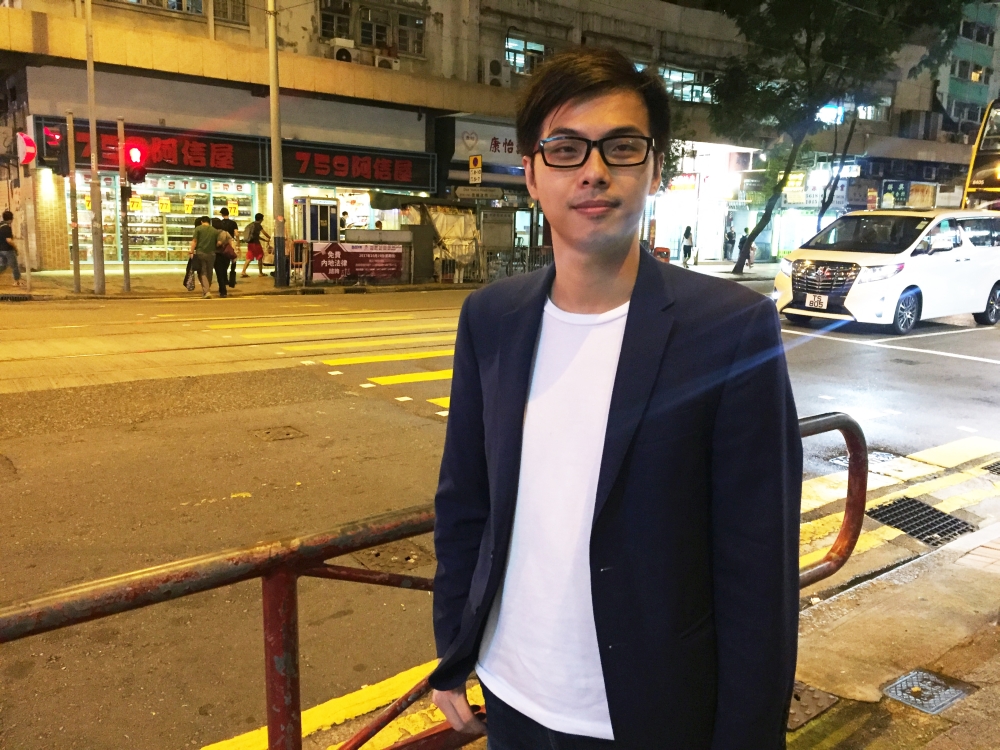 Again, to Yip, this was not “service-provision” but rather, “community building”; he does not think of this as “helping” others in the community. “I don’t like to use the word ‘help’. We’re all members of the community.” Thus, it was in everyone’s interests to improve it, he said.
Yip admitted that more could also be done to integrate non-Chinese residents living in the area. “There are some Filipinos in the district who have three-star status on their Hong Kong Identity Cards [meaning they are eligible for a Hong Kong Re-entry Permit] but the community has paid zero attention to them. No one taught them how to be a voter… We can do more in this area,” Yip said.
This is especially so since the incumbent district councillors were doing little to improve integration. “They think that throughout the whole of Hong Kong, there are only Chinese people.”
Another challenge was integration between residents with different political views. Yip said that during the course of raising awareness of certain politically sensitive issues, there have been times when pro-Beijing residents will come over and tell them off, such as with the disqualifications of lawmakers.
Yip stresses that their doors are open to “blue ribbons” – meaning supporters of the pro-establishment camp. “We’d still invite you to come have milk tea or a bun with us. Our objective is not just to solve the residents’ problems – it’s also for us to understand each other.”
Closing its doors
But labours of love are often unsustainable, and Sai Yau Office is no exception. Yip admitted that they burnt through their money within their first three months, and had been struggling to build a working model for the long run. It did not help that they ran into obstacles while trying to register as a company and open a bank account – a common occurrence for pro-democracy groups in Hong Kong – and missed their golden opportunity to recruit members.
Finally, two months ago, the office said goodbye to its premises in Sai Ying Pun.
But Yip is still unfazed. “The banner of Sai Yau Office isn’t important. We’re still going to continue with the community work that we’ve been doing, if it needs to be done. I’ll still be there at my street station to talk to residents. Tai will continue running the Facebook group, and the initiatives will live on,” he promised.
One such initiative is a sports group whose members did core training and night runs together every week. Yip said that the group has become “an independent entity” and have become a community in themselves. “That’s what we wanted from the beginning – to establish these different initiatives within the district.”
And will he run for a district council seat again in 2019? Yip said that this has yet to cross his mind. “It doesn’t have to be me. The way we think about it is, if there’s someone who says ‘I want to step forward and make this community a better place’, we will support them wholeheartedly.”
Despite the fact that Sai Yau Office was born out of reflections following a failed venture into politics, Yip did not believe that community work had to be political. “Doing community work is not about getting votes,” he said.
“An intention to run for election shouldn’t be the only reason for doing community work. In a way, doing so would be ‘politicising’ democracy. Because once you think about seats, [your actions] will become election-oriented… the idea of a ‘community citizen’ and ‘community democracy’ should not have this element to it.”
This does not mean that Yip thinks seats were not important. “It comes with certain power and resources. But if you win the seat, and what you’re doing is not something that the residents find acceptable, then it would still be pointless.
“On the other hand, there are things that can be done even without a seat or even a party – something as simple as booking a classroom to speak about democracy or booking a venue to play sports.”
Ultimately, Yip’s belief could be summed up in a simple sentence: “You don’t have to be a district councillor to care about the community.”